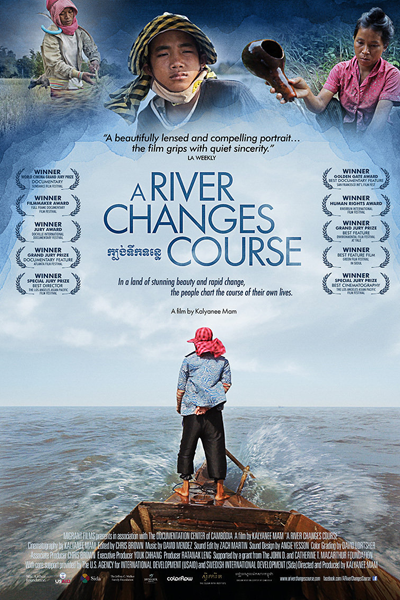 "We've worked so hard on this land," says Sav Samourn. "And now they've come to destroy it all. Sooner or later it will all be gone." In her directorial debut, award-winning filmmaker Kalyanee Mam travels to her native homeland to capture the stories of three young Cambodians struggling to maintain their traditional way of life while the modern world closes in around them. Deep in the jungle, Sav Samourn struggles as large companies encroach and "progress" claims the life-giving forests. She discovers there's little room for wild animals, ghosts - and the home she has always known. In a fishing hamlet, Sari Math must quit school to help support his family. But as the fish catch dwindles, Sari and his family find their livelihood threatened. In a village, Khieu Mok must leave to seek work in a Phnom Penh factory to help pay her family's debts. But city life proves no better, and Khieu struggles between her need to send money home and her duty to be with her loved ones. From Cambodia's forests to its rivers, from its idyllic rice fields to the capital's pulsing heart, forces of radical change are transforming the landscape of the country - and the dreams of its people.